You already know Ben and Vicki as friends/rivals/superhuman's who do a podcast. But if you still want to know more... 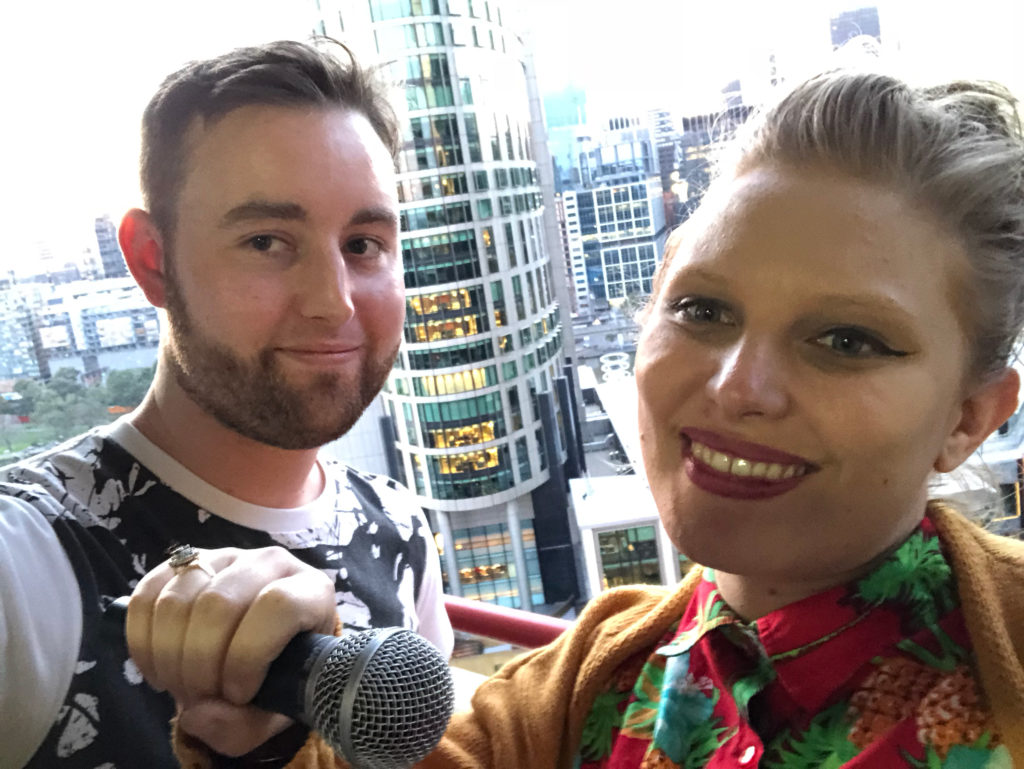 Vicki Smith grew up in a hippie household with no rules and had a very promising career ahead of her. This was until a formative incident of artistic suppression in Grade 6, where she was forced to change the lyrics of a song she had written about Eskimos into one about grasshoppers. This made no sense because grasshoppers don’t fish through holes in the ice, wear fluffy wolf skin jackets and it’s far too cold in the arctic for grasshoppers. Plus we all know that the optimum amount of arms to build an igloo is two and not…several.

The same year saw her banned from reading her primary school graduation speech about Sports Club, due to the artistic differences with the teaching staff about a line involving strawberry jam.

In her personal life, Vicki has two dogs (one of whom is still alive*) and is about to be evicted. She also has a bird whose name no one can remember but is afraid to rename in case this causes irreparable damage to his identity. This means that Vicki’s hobbies now include awkwardly trying to avoid mentioning his name when she chats to him in the laundry. She also enjoys surreptitiously planting trees in public parks in the middle of the night, and you can see her work at the park on the corner of Victoria and Burnley Streets, Richmond.

Due to the grid system, Vicki currently resides in Melbourne, Australia. Her most embarrassing and ironic moments coincided when she ran her car into and destroyed the ‘Luck Street’ sign.

Vicki most often reminisces about the time that she changed Ben’s name so that it appeared in their high school yearbook as ‘Been Moore’ this making him wonder if the high school community already regarded him as a ‘has been’ before he had even graduated.